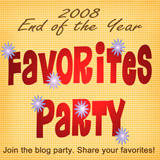 Today’s FAVORITE is a favorite kid story.  Seriously, Kim.  Just one?  There is no doubt that in this adventure called parenting, dull moments are rare.  And, really you all hear a big-sized portion of my children and their shenanigans.  From John Henry peeing on our dog to Anna’s unending artistic expressions, it’s hard to pick just one.  So, I thought I’d share an outrageous kid story and the links we went to for Moosie and Mimi. 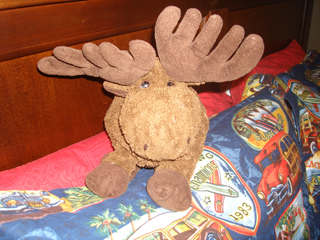 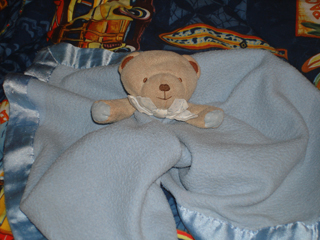 John Henry’s Swedish Uncle Olov gave him Moosie when he was ten months old.  Mimi was a gift at a baby shower when I was prego with him.  He hasn’t parted with either since.  These are what we in parenting land refer to as his “lovies.”  Bedtime is not complete without either one.  They have traveled near and far with us.  And, we neveh EVAH check them in, ‘cause that’s one bag that we just can’t afford to lose.

So on one trip to Cabo San Lucas, Moosie and Mimi were M.I.A.  We left our car at the Will Rogers Airport in Oklahoma City.  We did the usual TSA check which is always an adventure with children.  Because, if Anna isn’t pulling her pants down to walk through the metal detector, then John Henry is up to his own covert operations trying to smuggle in Hot Wheels.

Once we boarded the plane, I took my seat.  Then, it happened.

“Where are Moosie and Mimi?” I asked.

“I lost them.”  John Henry told me with the saddest looking blue eyes I’ve ever seen.

I rushed up to the head flight attendant and told her my story.  A mother herself, she understood my dilemma.  At this point, even the Captain was involved.  Next thing I hear is the Captain alerting a TSA agent asking if Moosie or Mimi were there.  That’s right.  He called them by name.

No Moosie or Mimi.

I called Falon, who cared for our kiddos, and asked her if she could drive to Will Rogers and search our Tahoe.  Falon, knowing how vital these two bedtime lovies were headed straight for the airport.  God bless Falon Barnes Yost.  And, then, our plane took off for our connection in Dallas.

In Dallas, Falon informed that Moosie and Mimi were indeed safe and sound in her loving arms.  She over-nighted them to my mother in GA, who in turn gave them to Kris’ dad who would be meeting us in Cabo.  Whew.

The great Dr. Takle later gave us the “attachment” lecture.  We just smiled and nodded.  We didn’t really care at this point.  Moosie and Mimi were enjoying Piña Coladas with the rest of us south of the border.

And, that’s all that mattered.